Bright lights, buzzing, high-pitched pinging and the sound of coins clattering into the metal payout tin, casinos just wouldn’t be the same without slot games. These days, “one-armed bandits” take up 80% of the game rooms in Las Vegas, and are truly the in-vogue entity on the casino floor.

Developed in Brooklyn, New York in the late 1800’s, slot machines were often on the periphery of the casino floor during their formative years and were treated with little regard by most casino owners. In fact, for the most part, slot machines were used exclusively by the wives of the table-game players as a way to stifle their boredom.

As technology improved so did the life of slots. By the 1960’s the speed of the slots games was increased, and in turn, the player’s chances improved. William Redd, one of slots’ main innovators at the time, and founder of International Game Technology, proposed the change, “The player came to win, he didn’t come to lose. Speed it up, give him more. Let him win more!”

Chances have increased astronomically since the changes, with modern slots now paying out on 45% of all spins compared to 3% on traditional slots, and jackpots often rising in excess of the $1m mark. One of the main evolvements to the mechanics of the game was the creation of PRNGs, the “pseudo-random number generators”, in the 1970s which has led to a 30% increase in slot machines populace on the casino floor in recent years.

PRNGs are “constantly generating a sequence of simulated random numbers, at a rate of hundreds or perhaps thousands per second”, so essentially, a modern slot machine is little more than a PRNG going through thousands of numbers at a time.

Using the PRNGs, the winning combination is selected the second you press the “spin” / “play” button. Some combinations are designed to appear more than others, but despite opinion to the contrary, slots aren’t programmed to blow hot and cold, so theoretically, a jackpot could appear twice in the same day.

Online slots offer payback percentages of 99%, which is on average much higher than what you’d find in a brick and mortar casino where averages hover around 93% (figures in Las Vegas). Across the internet, slots differ between, “regular” or “high variance/volatility slots” and “progressive” or “low variance/volatility slots”. A regular slot is a slot that pays out frequently with a low average win value, and a progressive slot is a slot that pays out sporadically but with much higher average win values.

What makes online slot machines so alluring is that the jackpots can be won by any player staking any value, so it means everyone has a chance of making serious cash without having to gamble masses of money doing so.

As technology improves, so does the standard of graphics and entertainment that comes with the online and offline slot machines. Nowadays there are thousands of slots out there with their own quirks, their own themes, and their own unique mini-games, and with the odds being so favourable and the cash prizes being so lucrative, it’s little wonder why slots are the in-vogue entity right now. 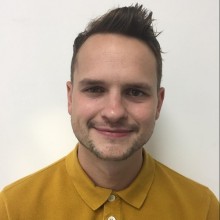