10 of the Fastest-growing Slot Streamers in 2019

It would be no exaggeration to say that slot streaming has exploded in popularity in the past couple of years.

Video-sharing platforms like YouTube and Twitch give slot players the opportunity to share their passion with others, and the audience has responded with massive growth in views and subscription rates.

The biggest slot streaming channels now command six-figure subscriber numbers, and we wonder how long it will be before we see the first slot streamer with a million followers (this sounds like a great idea for a novelty betting market if anyone from Paddy Power is reading).

But who is running the fastest-growing slot streaming channels in 2019?

We looked at the data from social media tracking site socialblade.com to find out which slot streamers have grown the fastest so far this year and present the results below.

We wanted to avoid including smallish channels that had achieved 100% growth rates, but only because they are now getting 2 subscribers instead of 1. We also wanted to avoid those streamers who broadcast solely to far-off countries like Mongolia (hey, it’s definitely a growth market, but not too interesting for our typical audience).

So, we only included channels who: –

With those qualifying criteria out of the way, here are our top 10 fast-growing slot streamers in 2019.

The popular Stop and Step YouTube channel is run by a chap named Darren, who lives and breathes slots, and uploads 4 times a week. Highlights in 2019 so far include £100 bonus buys on Spinal Tap, as well as triggering the ultra-rare Red Key on Goonies. These highly entertaining videos have helped push subscriber growth of 63% since the start of the year. But what really makes this channel so unique is its focus on land-based slot machines. Stop and Step is essentially a video chronicle of Darren’s adventures filming in British bingo halls, casinos and bookies in search of big wins. It’s pretty incredible how he continues to keep on filming and evade security for so long. Stop and Step is also known to celebrate major milestones by taking in gambling trips overseas and has so far sampled the casino scenes in Amsterdam, Monte Carlo and Las Vegas. I wonder which location Daz has penciled in for the day he hits the 100K subscriber mark. Macau maybe?

In 2019, the Classy Beef channel came out of nowhere to take the slot streaming world by storm. Since the start of the year, the channel has gained over 46,000 subscribers across YouTube and Twitch. The three Nordic lads behind the channel take turns on spinning the reels, taking user requests and generally being all-round nice guys. Top vlogs so far include huge wins on Rise of Merlin and Vikings Unleashed, and bonus buys ever day of the week. They also seem to be obsessed with finding the perfect cut of beef, hence the channel’s rather odd name.

This UK-based casino streamer has a refreshingly honest take on the gambling hobby. He shows things as they really are, and his highs and lows leave no doubt that Hypalinx is playing with his own hard-earned money. It’s also nice to see a streamer take on the live casino scene as well as slots. Hypalinx has built up a loyal audience since he started his channels and 2019 has been another strong year. The Twitch channel has seen growth almost doubling, from 2.6k to 4.8k followers, while the Hypalinx YouTube channel has grown from 22k to 36k subscribers.

This laid-back slot spinner has grown from having 12k to close to 20k Twitch followers since the start of the year. Fans turn to his channel for a calmer and more relaxed alternative to the overhyped big win hunters who seem to drink about 40 double espressos before getting in front of their green screen. But just because David provides a more sedate atmosphere, doesn’t mean he doesn’t play for high stakes. The highlight from 2019 so far is probably a 4000-euro big win on Books and Pearls, which was celebrated in his usual low-key style. Labowsky shares the casinoring.com website with fellow Dutchman spintwix, who is next on our list of fast-growing slot streamers of the year.

The spintwix Twitch channel might still be quite new but has actually seen the highest percentage growth of the year so far. Followers have jumped from 3.9k in January to 12.9k today, a massive 230% gain. Now some of this growth could be due to the bearded Dutchman’s recent ban from YouTube, but still – those are some impressive numbers. What makes so many Twitchers click the spintwix follow button? Well, his infectious positivity is surely one of the big draws, as well as his big wins. The best of them so far in 2019 was an 8000-euro win on NetEnt’s Cash-O-Matic, won with just a 6 euro wager.

Nick Slots is the Marmite of streamers. Nick’s straight-talking Yorkshireman personality and swear rate of two swear words per minute isn’t going to be for everyone. But he has almost doubled his subscriber base since the start of the year, so he simply has to make this list of the fastest-growing slot streamers.  With almost 60K subscribers across the YouTube and Twitch platforms, the Nick Slots channels are part of the CasinoGrounds group of streamers. One thing we love about Nick Slots is that he plays at stakes which most regular punters can relate to. Still, he wagers enough to make it interesting, and the highlight this year is surely the £27,000 mammoth win on Raging Rhino.

The high-wagering, hat-wearing Swede probably needs little introduction. Roshtein might have already been the biggest name in slot streaming at the start of the year, and yes – he might have stirred up a ton of controversy about whether he spins with real money or play money. But since the start of 2019, Roshtein still managed to double his follower count on Twitch and hasn’t done too badly on YouTube either. We just hope these are real followers and not play ones 😊. The bald truth is, if you like seeing your favourite slots played at nosebleed bet sizes, then you have to tune into Roshtein’s channels.

The only female streamer on our list, Laura is a regular Twitch gamer, who is now branching out into slots. Since the start of 2019, Laura’s channel has grown from a few hundred fans to over 6k followers. But this number is growing at an exponential rate and we wouldn’t be surprised to see her end the year on five figures. Laura gained recent exposure across the streaming community with a 5000-euro win on Jammin’ Jars, and overall, she is producing some of the freshest slot streaming content out there right now.

Unlike most streamers on this list, The Bandit does not live stream, but uploads recorded videos to his YouTube channel. And yet, he still managed to bump up his subscriber numbers from 25K to 43K over the course of the year. Viewers are drawn to his easy-going, natural manner – and also his willingness to push the limits of high-stakes action. His biggest win of 2019 came right at the start, when he bagged £600,000 on Novomatic’s Reel King.

Another member of the CasinoGrounds stable, Letsgiveitaspin’s Twitch and YouTube channels are run by ex-professional poker player Kim Hultman. The streams run 5 days a week and are a chance for users not only to watch the latest slots get spun, but also ask this casino veteran about practically any gambling-related topic they can think of. The informative, friendly and entertaining Twitch channel has seen follower growth of 40%, rising from 23k to 31k since the start of the year. Although Kim no longer plays with the same kind of crazy stakes he did at the beginning of his streaming career, he still banks some big wins, including a recent £3000 win on the Demon slot.

Which casino streamers do you think will grow the fastest in 2020? And which one do you think will hit the million-subscriber mark first? My money would be on Roshtein, but any of the streaming channels on this list will have a chance as long as they keep producing content which keeps users informed and entertained 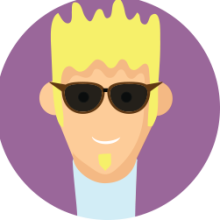 Frank Arnred is a copywriter and iGaming blogger based in Aarhus, Denmark. He writes for a number of casino blogs and has recently gotten into streaming himself in a big way. Frank hopes to one day win big on a Megaways slot like his slot streaming heroes.

View all posts by Frank

How Do Casino Streamers Make Money?